Of all the things that can happen during an offshore race, a Man Overboard situation is probably the worst.  For that reason, we take safety precautions while sailing, we have a pre-defined recovery procedure, and we practice recovering a Man Overboard regularly. 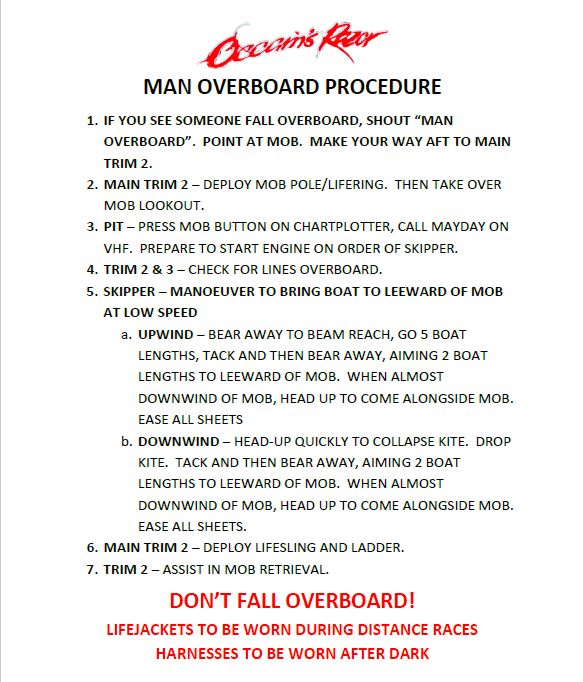 On Leg 3 of the race, which was at times a fairly windy affair from Campbell River to Hardwicke Island, we had the opportunity to put our MOB procedure into a full test, as our inflatable Man Overboard Unit decided to self-deploy while we were beating upwind in 18 knots and in heavy seas.

Overall, the recovery went well, despite the fact that the unit deployed right at the moment that we were getting ready to recover a loose batten and reef the main, so our return to the unit was delayed.

Lesson's learnt:
- It is difficult to see the man overboard pole in seas
- The boat has to be at a dead stop as you come up to the pole to recover it, so it is important to keep an eye on the speed.
Date: Wednesday, June 14, 2017

Well, here we are in idyllic Telegraph Cove, well up the east coast of Vancouver Island, having completed four of nine legs in the race.

The current has been a huge factor in the race so far, with lots of opportunities to win big and to lose big.  Yesterday's Leg 4 was particularly interesting as the fleet split several times, with half the fleet on one side of the channel, and the other half on the other side.  Normally, this is very risky, as the further away you are for your competition, the more chance there is for a big loss or gain.  For most of the day though, neither side was paying off, and the fleet would meet back in the middle with little change in positions.

That all changed about 3/4 of the way through the leg, when Hamachi found a big gain on the far left side of the channel, and shot ahead by a mile and a half.  Some of the slower boats saw that, and followed suit, while the rest of us had to grin and bear it.

Below are a couple of videos put together by our media officer documenting the first 2 legs of the race. 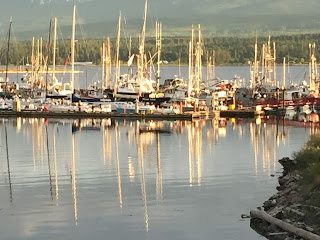 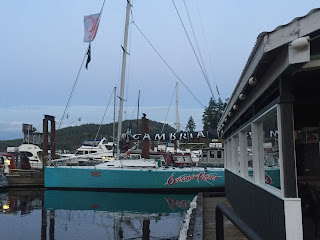 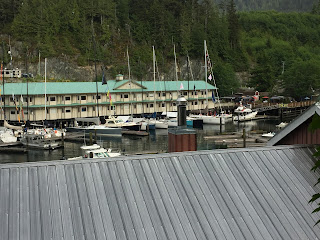 The blog has been a little quiet lately, and I owe a Swiftsure report....

But the entire team has been very busy getting things ready for Van Isle 360 which starts this weekend.

This evening, a group were down on the boat, doing final taping, cleaning, and general prep.

The boat is looking good, and the crew is anxious. 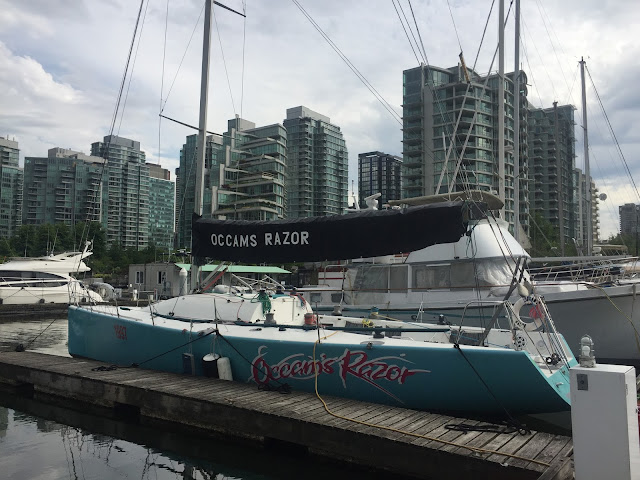