Yeah, the rumors are true.  In the last race of the last VARC regatta of the year, we hit the committee boat at the start of the race.

The damage to Occam's is not pretty, that's for sure. 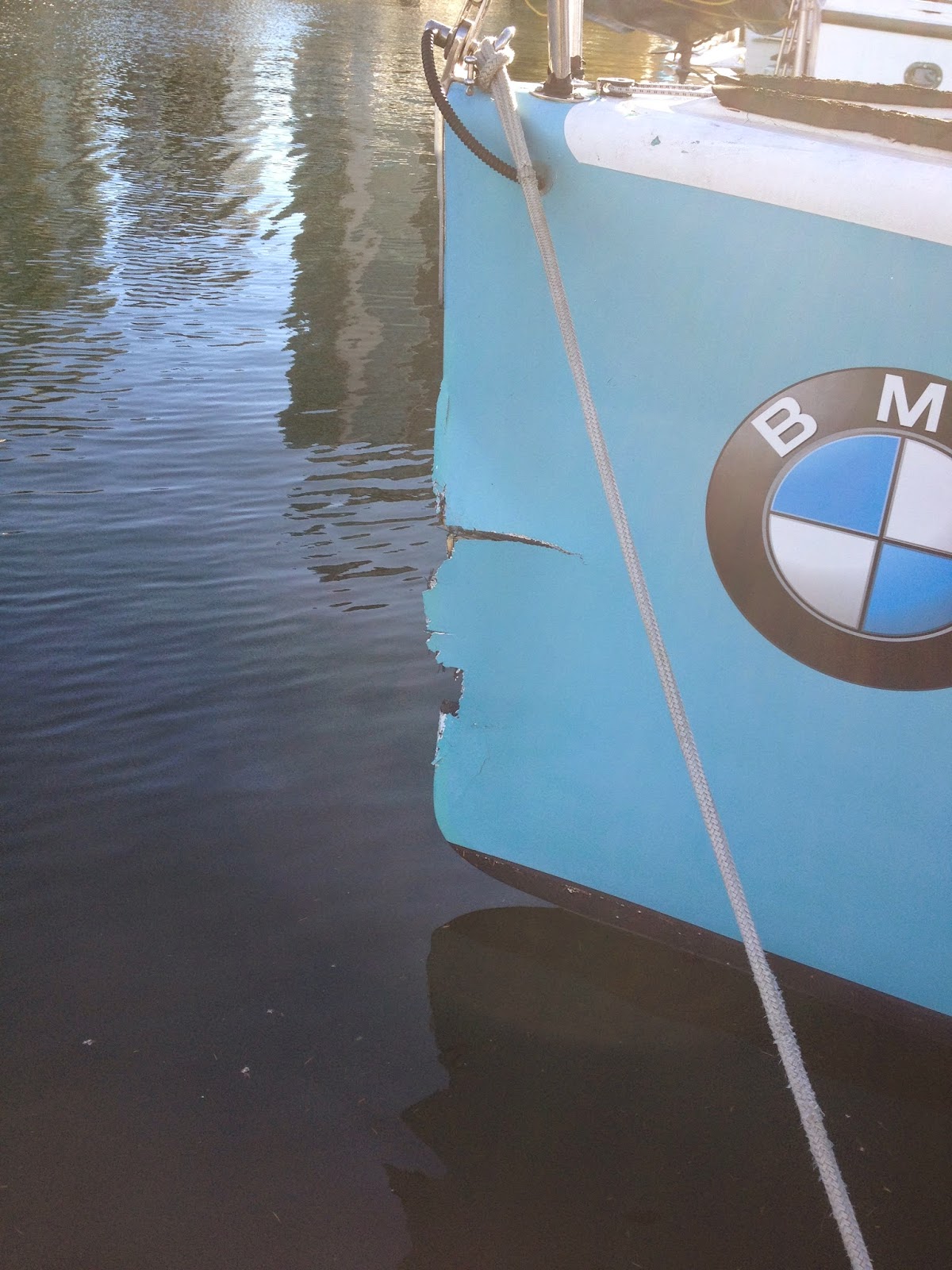 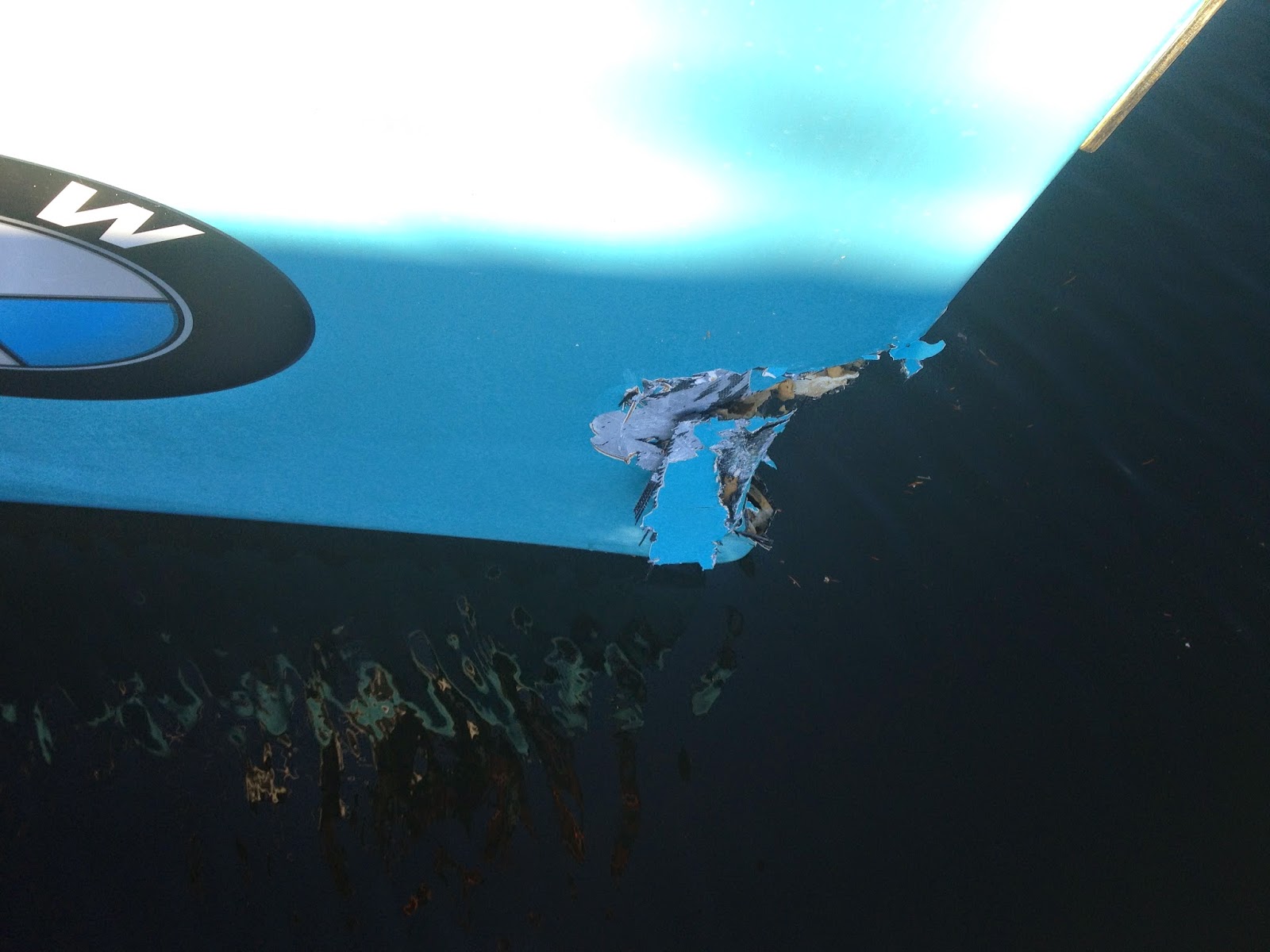 But Mark immediately went to work on doing what it takes to get the boat fixed and back on the water quickly.

What this shows is that lightweight carbon fibre is no match for heavily build fibreglass.  I did a little reconnaissance after the fact to check on Blue Peter (the boat we hit), and there is not a scratch.  I don't think it's the first time that boat has been hit in the course of it's duties.

Now, we just have to figure out what to do about the paint scheme.  I'm thinking something along these lines...
The exact timeline for getting back in the water has yet to be determined, but I'm thinking late February at this point.  Stay tuned!

The Story of the Go Pro

Once upon a time, there was a young woman with a Go Pro camera.  She thought it would be cool to set it up on the stern pulpit of Occam's Razor for the Swiftsure race this year.

So, she fastened it to the rail, set it to take a still photo every minute, and off we went.

Well, about 3 hours into the race, the camera fell off!!  We're not sure what happened, but if you look at one of the early videos of the race posted on the blog, you'll see that we had just noticed that the Go Pro was gone.

Naturally, we all thought that was the end of the Go Pro experiment.

A couple of months on, and Mark received an email from Port Angeles.  It seems that the Go Pro, which was in a waterproof case, and had a float attached to it, had drifted all the way from Race Rocks, across the Strait of Juan de Fuca, to the American shore and ended up on the beach.  A young girl, walking on the beach with her parents found the camera.  They looked at the pictures, noted the sail number, and tracked Mark down!!!!

Soon, the camera was back in Janet's hands, and here is what we found on the camera.

So, with many thanks to the young girl in Port Angeles, here is the start of Swiftsure......